During the current era, every year on 8.8 the Sun is thought to be in the of the Lion. Astronomers say the Sun actually enters the Lion constellation on August 10 or August 11 and travels through this constellation until September 15 or 16. It is important to also know that the Sun enters the seasonal sign of Leo on July 22 (sometimes on July 23). (See Difference Between Signs and Constellations)

August 8 also falls in the August Cross-Quarter window a magical between time – exact on August 7 but the Sun is within a degree of 15 Leo from August 6 to 8.

The 8.8 Time Gate awakens the codes of infinity programmed into our DNA that for most are still dormant. As we birth more fully into the mysteries of radical self-awakening through radical self-love these codes come alive. When a small percentage of humans consciously experience these awakening codes – the morphogenetic field* shifts – altering our reality from a fear based world to a world based in the transforming power of love.

The between-time Time Fields take us deeper into realms of experience beyond anything this planet has ever experienced. The 8.8 Time Gates of infinite power, infinite love, and infinite wisdom suggesting this is a potent time to consciously ponder the Time Mysteries…

It is time for the Star Teachings to once again return to Earth,
Time for the Song of Creation to be sung,
Time for the star dances to be danced around the sacred mountains.
As in the heavens, so it will once more be on Earth. ~Page Bryant Events of “extreme novelty” as described by Terrence McKenna are what drive radical change. McKenna used “novelty” as a way to described newness and massive dynamic change as opposed to a static situation with very little change. He found that when “novelty” is graphed over time, what results is a fractal waveform known as “timewave zero” or simply the “timewave.” McKenna felt that December 21, 2012 was the omega or end point of infinite novelty and that leading up to that point anything and everything conceivable to the human imagination would occur simultaneously.

McKenna’s predictions were as ‘novel’ as the introduction of the ‘timewave zero’ concept ranging from the notion that some new super technology would bring the great collective of humanity together. He felt it would be when Time Travel became a reality, along with the birth of self-conscious artificial intelligence; and even a global UFO visitation. (Some say all this had already happened and is still happening but is still unknown to the masses.) McKenna also considered nothing would happen at all – claiming it was not a contradiction because everything and nothing happens simultaneously.

2012 came and went and collective humanity still is kept in the dark about alien visitations, time travel, connection to other planets and what has already been done with artificial intelligence. It is kept hidden though there are those who are doing their best to make these things more known. Time Travel has been around since at the very least the Philadelphia Experiment. Many claim to have had encounters with alien races from the stars and beyond. Computers are more self-aware including what we know about with self-driving cars etcetera. All this suggests that much of this and more was accomplished by 2012 but is still kept secret from the people.

Events of Extreme Novelty
The 2016 USA election was an event of extreme novelty and continues to be inexplicable. This is part of the unfolding mystery that we only have a glimpse of when we are willing to see beyond the veil of illusion so strong in this reality. Perhaps this is exactly what is needed to truly create a new reality, a new way of living in harmony with one another and the Earth where we truly care about each other and Love is the guiding principle.

Certainly, the coming together of so many unusual celestial and earthly cycles over the past many years are in the realm of “extreme novelty” and we are completing with the old forms, the old beliefs and ways of being as we reach a new threshold of understanding and experience in accordance with our divine destiny at this time.

8/8 Infinity Time Gate From a Numerology Perspective
August is Month 8 in the Gregorian calendar (named after Augustus Caesar). This means the dates 8.8, 8.17 and 8.26 are 8.8 days. Thinking of 8 as the number of infinity on these dates (times 2) we could imagine that any 8.8 date is the doorway to infinity and beyond. (I couldn’t resist a Buzz Lightyear moment.)

Contemplating  a quote from the Gospel of Thomas may help facilitate further awakening of our DNA in the 8.8 activation.

Each year as we move through the 8.8 Time Gate we have an opportunity to become even more aware of how Time has quickened and how the new unfolding ‘time matrix’ is continuing to shift into new territory activating an even deeper, more profound experience of the unknown. Taking time to meditate on our experience of Time is a way to connect with the ancient knowing of the Time Mysteries we all carry in our DNA.

The Mysteries of Time, Alchemy and the Philosopher’s Stone

8.8 falls in the current Cross-Quarter between the June Solstice and the September Equinox. Connecting the August Cross-Quarter Time with the Philosopher’s Stone may provide additional awareness via alchemy.  http://en.wikipedia.org/wiki/Philosopher%27s_stone

The Philospher’s stone is a substance thought to facilitate transmutation of base elements into Gold or an elixir for enlightenment and eternal life. In the book The Forge and The Crucible, The Origins and Structures of Alchemy Mircea Eiliade speaks to the transformative power found outside ordinary time. Saying:

The Philosopher’s Stone realized this miracle (alchemy) as it eliminated the interval of time separating the present condition of an imperfect (crude) metal from its final perfected condition when it would become gold. The stone achieved transmutation almost immediately – it superceded time.

William Henry speaks about this in his DVD The Anointing of the Dove saying: When we remove the interval of time between our thoughts and actions and stay centered in love that is the Philosopher’s Stone.

Staying centered in Love is the key to successfully riding the waves of these rapidly changing Times because love operates in kairos time or sacred time or a place outside of Time as we know it.

Prophecy exists in Time as well. There are dire prophecies warning of calamitous events. These prophecies are most successful  if they do NOT occur due to awareness and better choices changing the course of Time. The same is true for wondrous prophecies, however, these are successful when they are fulfilled because we have focused our thoughts and actions on fulfilling them.

We are living in a Time when there are many prophecies telling us of a New Earth, the end of Time as we know it and the birth of a Golden Age is imminent. 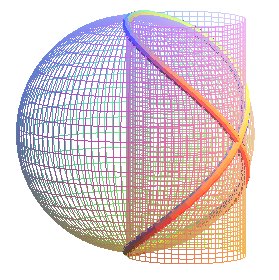 Shared by Beckie in the comments